Going in the wrong direction 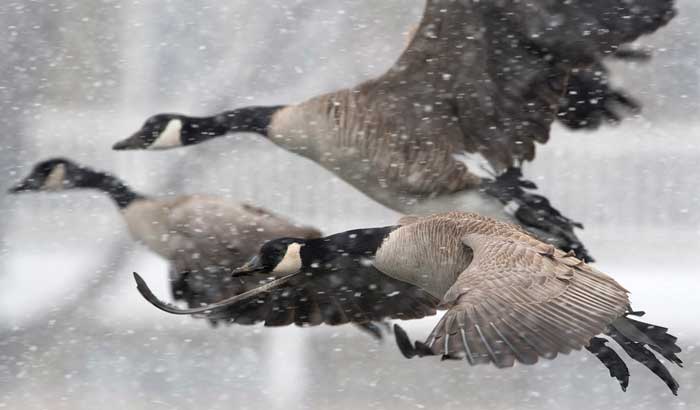 Once an unbelieving farmer (he was baptized catholic, but he did not believe in Jesus) stayed home on Christmas Eve since the weather was terrible that day, as it had been snowing the whole day. It was the afternoon, and he was warm in his living room sitting in front of his fireplace, when he saw a flock of wild geese huddling together in confusion and trying to keep warm.

He got up and rushed out into the storm and opened his barn door to allow the geese to go in. But, of course, the geese did not go. So he went over to the geese and tried to make them go to the barn, but he was not able to do so.  He tried to scare them in, but nothing.

The more he tried to coax them, the more they jumped away from him moving their wings in self-defense. After 20 minutes, he gave up and went back inside. He sat again on his couch in his warm living room staring out at the geese when a thought came to his mind: “if I could become a goose myself, then I would be able to lead them into the barn and save them.”

With that thought, he fell on his knees, right there in the living room, and started to cry. He realized that that was exactly what God had done for us and Christmas is a reminder of that: He became man to lead us into heaven. And he, like the geese, was spending his life “squawking and flapping” in the wrong direction.

The annual celebration of Christmas is a reminder for those who do not believe in Jesus that He became man to lead people to heaven. At the same time, Christmas should be for us, who have already believed and accepted Jesus in our hearts, a way to both renew our desires to follow Jesus and to stop spending our lives on things that move us away from Him.

Like these geese or the farmer, we also do not accept many graces that Jesus wants to give us. He was born in a manger in order to give us more than protection from “the snow of sin.” But many times we reject His help, we move in the wrong direction when He starts to give us signs or to do things to move us into His Will, which will then surround us with His grace.

We should not act as the foolish geese (of course, their foolishness is justified since they do not have intelligence) who tried to run away from the farmer who wanted to help them, but rather we must try to understand what He wants when He shows us signs to make us enter into his divine barn. What are those signs?  Every single event in our life (the good and the bad; the best and the worst) is a sign to get closer to Him, is a sign to find and enter His divine barn. 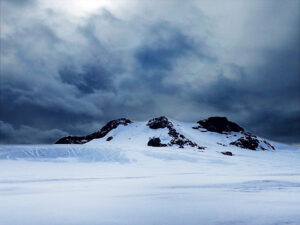 Preparation for the storm 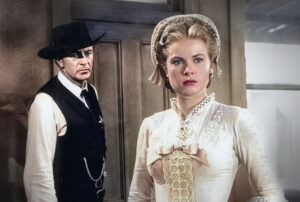 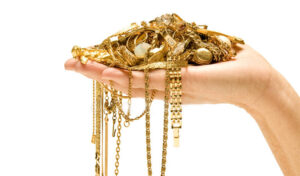 Get new publications direct to your inbox.